Most people visiting Africa think of safaris and the big game such as elephants, rhinos, lion and leopard. However the birdlife in Africa is absolutely stunning and there is a huge range of wonderful birdlife to be found in every country.  The green or rainy seasons are usually the best time for birdwatching and also tend to be the quietest and cheapest times to visit. Africa makes for a wonderful birding holiday and we can tailor-make some fantastic itineraries based around birdwatching in particular.

The continent is vast with a massive array of different habitats; from montane and rain forests, marshes and wetlands, deserts and salt pans, lush grasslands and soaring mountains and a very diverse coastline. You also have endemic birds specific to that country or those just passing through on their annual migrations. With so much to choose from we have narrowed it down with some ideas below. 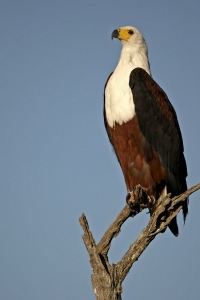 South Africa is home to the highest number of endemic bird species in the whole of mainland Africa due to its excellent climate and wide range of habitats. The Cape area is an excellent area for birdwatching with plenty of interesting and rare species attracted to the unique fynbos vegetation. In fact the Cape is an extremely important area as its unique habitat and vegetation is home to endemic bird species not found anywhere else. We offer stays at the De Hoop Nature Reserve and Grootbos Private Reserve which are both excellent birdwatching spots in the Cape. In fact most places along the Cape and the beautiful Garden Route offer great birdwatching opportunities to see species such as Salvin’s albatross, cormorants and large colonies of gannets. And we mustn’t forget the colony of African penguins at Boulder Bay.

In the Cape and all over South Africa you can see some fantastic birds of prey or raptors in places such as the Drakensberg Mountains, and in the Kgalagadi Transfrontier National Park. These include various vultures, eagles and falcons including the pygmy falcon and the African fish eagle.  And of course the world famous Kruger National Park is home to a vast array of wildlife including wonderful birdlife such as the intriguing Honeyguide Bird.

To the north lies the enormous country of Botswana. Much of northern Botswana is a true wilderness with no signs of mankind for hundreds of miles and is home to huge amounts of wildlife including fabulous birds. In Botswana you have a complete contrast in habitat from the arid salt pans and the Kalahari Desert to the opposite extreme of the Okavango Delta and its vast tracts of wetlands, rivers, marshes and islands. Another great spot for birdwatching is the Chobe National Park which is a huge area of wilderness.  Most people head for the Okavango Delta and after the summer rains the birdlife really comes into its own in October and November when you will see lots of water loving species such as a variety of egrets, herons, cranes and storks. There are also plenty of smaller breeds including various babblers, finches and lark as well. If you are lucky you might even see the rare Pel’s Fishing Owl.

Neighbouring Namibia is also home to some extreme opposites with arid deserts and the famous sand dunes of Sossussvlei to the wild and remote coastline which is home to large numbers of sea birds including cape cormorants, white pelicans and terns. The best time for bird watching in Namibia is actually during the rainy season, between November and April.  One of the best places to visit is the Etosha National Park which is home to vast salt pans that fill with rain during the winter and become home to large flocks of both pink flamingos and blue cranes. 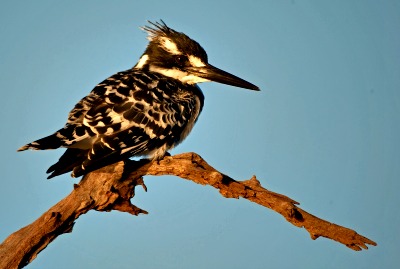 The deserts of Namibia are also home to many species including plenty of birds of prey such as eagles, hawks and the only endemic bird species of Namibia, the dune lark. You can stay at our lodges and camps in Namibia which are all in excellent locations for birdwatching including the stunning Fish River Lodge overlooking one of the world’s biggest canyon and home to soaring raptors riding the thermals.

The central location of Zambia means that it is home to a real mix of birds from all over Africa including birds from southern, eastern and central Africa.  It is also home to the unique shoebill which is highly sought after by birders. Again the rainy or green season over our winter months is the best time to go birdwatching and you can often see visiting species over-wintering here before heading north. Zambia is home to the best walking safaris and this means that keen birdwatchers can really make the most of getting up close to the local birdlife.

Neighbouring Malawi is also home to some rare species mainly based around the shores of Lake Malawi and in its dense forests. This huge lake is more like an inland sea in terms of size and its shores are lined with all sorts of varied habitats including marshes, savannah and forests, which support a wide range of species.  The Shire River and the Liwonde National Park are excellent birdwatching places with some fantastic birds including Pel’s fishing owl.

Rwanda is not somewhere that people think of as a birdwatching destination as most people come here to see the endangered mountain gorillas. However, birdwatching in Rwanda is superb and it really is a must-see destination for birders. Despite its diminutive size Rwanda is home to over 600 species including the Albertine Rift endemic bird species. The best place to stay is the Nyungwe National Park which is set amongst the montane forest and home to 13 species of primates alone. 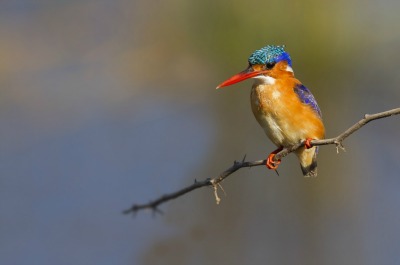 Kenya and Tanzania are excellent destinations for a birdwatching holiday and Kenya is home to the second highest number of species in Africa. Kenya holds the world-record ‘bird watch’ – with 342 species seen in 24 hours! You can see everything from the famous flamingos of Lake Naivasha and Lake Nakuru to the vultures and maribou storks picking over the predators’ leftovers.  The famous national parks are not just home to the Big Five but also many birds including migrants such as swallows and various waders.  The Masai Mara is home to the rosy-throated longclaw and magpie shrike and the Samburu is home to the shining sunbird and pink breasted lark. In Tanzania the southern parks of Selous and Ruaha are excellent birding spots as they are vast and unspoilt and teeming with a variety of species. Over a thousand species have been recorded here including a good amount of endemic species such as Mrs Moreau’s warbler, Loveridge’s sunbird and the Usambara eagle-owl.

Mozambique is a huge country stretching along the east coast of Africa from Tanzania to the north down to South Africa in the south. It reaches inland to Lake Malawi and Zimbabwe and as such offers a huge range of landscapes and habitats.  For the most part it is lush and green with some great national parks such as Gorongosa  filled with big game and wonderful birdlife. The coastline, which stretches for more than 2,000 kms, provides a home for a vast array of birdlife from waders in the sandbanks and marshlands to the fishing species of the mangrove swamps and islands dotted off the coast and around the archipelagos. The Zambezi Delta is home to many rare and important species such as the mangrove kingfisher and the elusive but colourful African pitta.

You can find out more information on some of Africa’s finest birds on our website under our safari animal section. 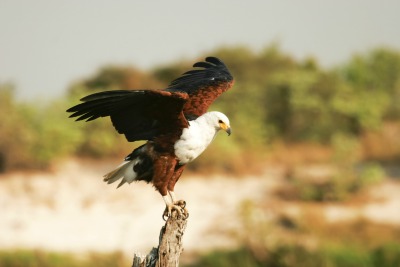