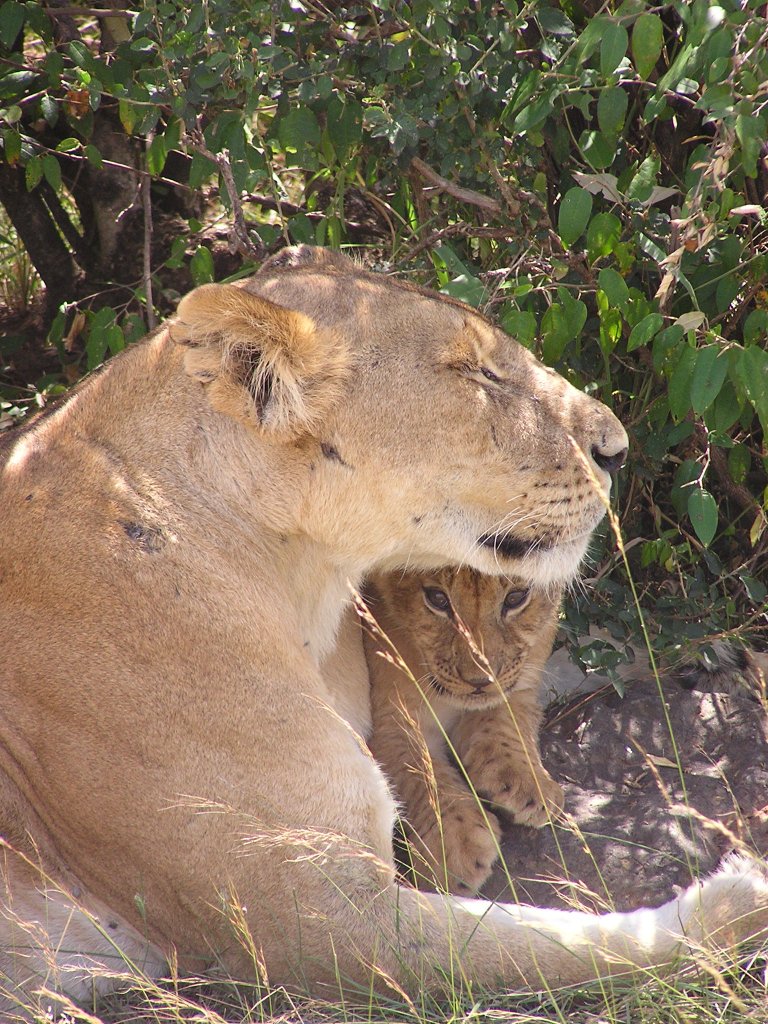 Tomorrow night (Friday 4th April) at 9pm ITV are screening a wildlife documentary series called “Martin Clunes and a Lion Called Mugie”.  Clunes has been visiting and filming in the remote Kora National Reserve in northern Kenya as part of his work with the Born Free Foundation. Clunes is a patron of the charity ever since becoming involved whilst filming in Kenya a few years ago. This week he is back again and catching up with some of his old friends both human and animal.

Clunes has been popping backwards and forwards to Kenya in between other acting jobs and has met up with Mugie on a few occasions over the three years it took to film the documentary about the orphaned cub.  Clunes also met up with another old friend, the naturalist Tony Fitzjohn. The two became friends whilst working on another documentary a few years ago about releasing Nina, a captive elephant, back into the wild. Fitzjohn worked with legendary conservationist George Adamson, whose work in the Kora Nature Reserve saw him rescue orphaned lions and release them back into the wild.  His conservation work became internationally recognised when Joy Adamson (his wife) wrote a book called Born Free, about their rescue of orphaned cub called Elsa. The Born Free Foundation really came to international attention after the release of the film in 1966 featuring Bill Travis and Virginia McKenna as George and Joy Adamson. The actors spent so long filming in Kenya and getting to know the animals that they too became heavily involved in the charity and it became a life-long passion for all of them.  In fact Martin Clunes was so inspired by the film which he saw as a child and then the books and that he became a passionate advocate for wildlife and animal welfare in general. He has now visited East Africa many times to raise awareness, to make documentaries and to help the Born Free Foundation.

The Born Free Foundation is still very much active today and Tony Fitzjohn is continuing the work that the Adamson’s started. The Adamsons and Fitzjohn were right at the very forefront of conservation and they were some of the first to be involved in trying to protect African wildlife. Up until that point most people were interesting in hunting big game not preserving it and few were aware of the detrimental effect hunting and poaching would eventually have. Sadly both the Adamson’s paid for their work with their lives and wildlife in Africa is under more threat than ever before with the huge increase in poaching of elephants and rhino, the decimation of lion numbers and the survival of the mountain gorilla hanging by a thread. You can help by supporting the charity which is celebrating its 30th anniversary this year with lots of special events and fundraising campaigns.