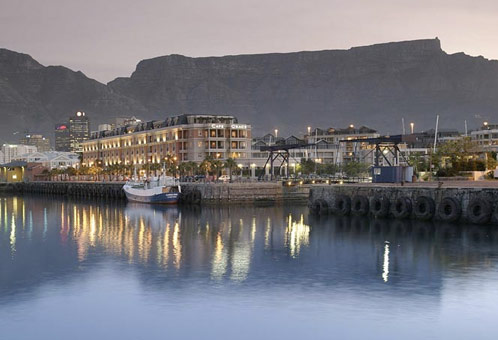 One of Paul’s favourite places in Cape Town is the stunning Cape Grace hotel. Located right on its own private quay on the Victoria and Alfred  Waterfront it has one of the best locations in the whole of Cape Town. It is also located in a beautiful building which is particularly attractive when lit up at night. Sitting right at the heart of the V&A waterfront it overlooks the harbour and the yachting marina with Table Mountain forming an impressive back drop to the hotel itself.  There are a range of rooms from superior through suites up to the spectacular penthouse. The hotel has won many awards for its unsurpassed standards in personal service and luxurious elegance. 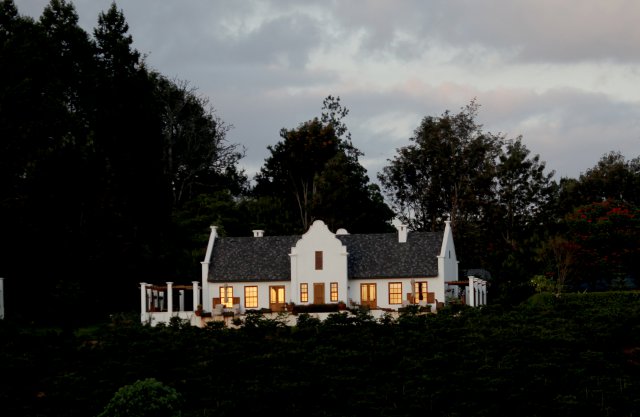 The Manor at Ngorongoro, located in the north west Tanzania and with its 10 luxurious cottages and magnificent main Manor House prides itself on combining luxury with a personal home from home service. Style wise it is old world meets new world blending East African hospitality with old-world European architecture and decor. Located adjacent to the famous Ngorongoro conservation area and within an enormous coffee estate, The Manor has a simple, refined décor with antiques on display that reminds one of an elegant up-country farm home in the Cape Dutch-style of architecture. Each of the cottages has been carefully positioned to maximise the views of the adjacent verdant hills but at the same time to maintain the intimacy and privacy of this sophisticated hotel. The neighbouring Ngorongoro Crater is famed as being the ‘Eighth Wonder of the World’, and is a ‘must see’ on anyone’s itinerary. This extinct volcano – with its 18-kilometre wide crater floor – is home to an abundant and unique ecosystem that encompasses almost all of the wildlife that you would wish to see in Africa. 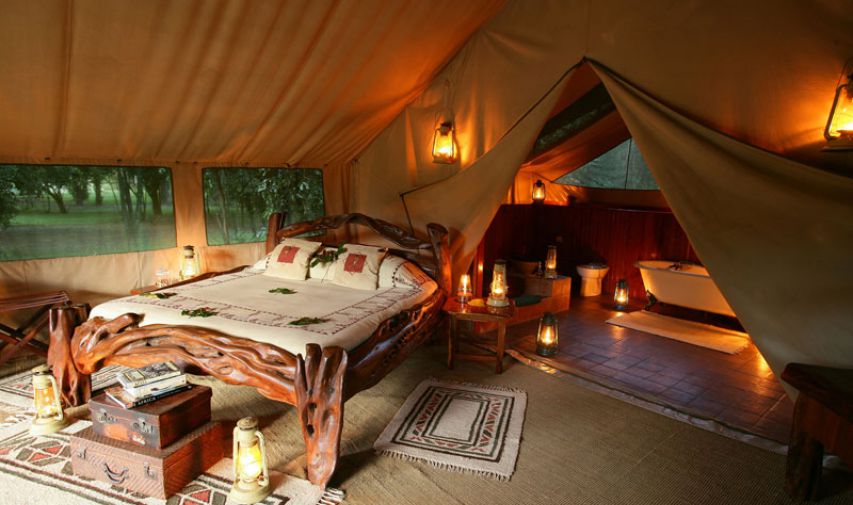 The camp for those who want that extra bit of luxury but in the confines of a safari camp rather than a hotel this is our top pick for Kenya. Governors’ IL Moran Camp is small and intimate, with added touches that make this the top of the range, luxury safari camp. IL Moran is considered by many to be as the premiere safari camp in the Masai Mara. Hidden under ancient trees, deep in the forest, there are just 10 tents which are positioned along the winding banks of the Mara River in the heart of the Masai Mara Game Reserve. This means not only do you stay in stylish and luxurious tents with the personal services of a manager at your disposal but you also stay right in the heart of the African bush with the best game viewing right on your doorstep. 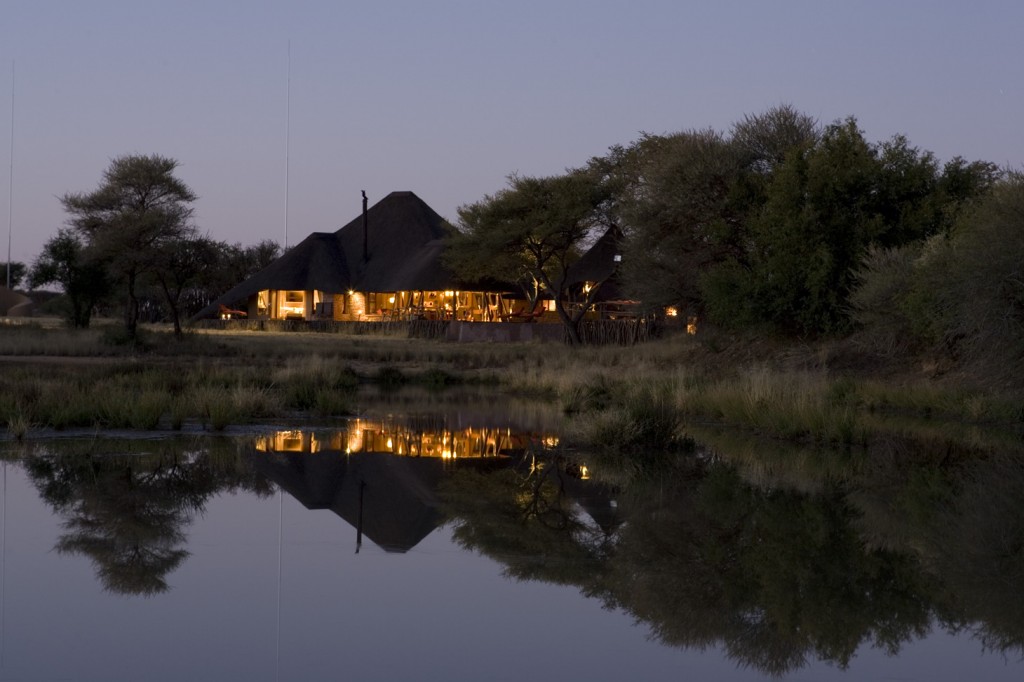 If it’s a luxury safari you are looking for, then Okonjima has a Grand Villa and a Bush Suite where you will be truly spoiled. These suites come with your own private chef and your own private safari vehicle. With lots of space the accommodation is also very stylishly decorated giving you a beautiful place to come and rest at the end of a day in the Namibian bush. Situated halfway between the capital Windhoek and the Etosha National Park, the 55,000 acre Okonjima Game Reserve has some of the best accommodation in Namibia, but the highlight has to be the cheetah and leopard safaris. Also the AfriCat Foundation based at Okonjima will give you the chance to see some of Africa’s most endangered predators up close. The Foundation’s main work is rehabilitating cheetahs, wild dogs hyaenas and leopards so they can go back into the wild. 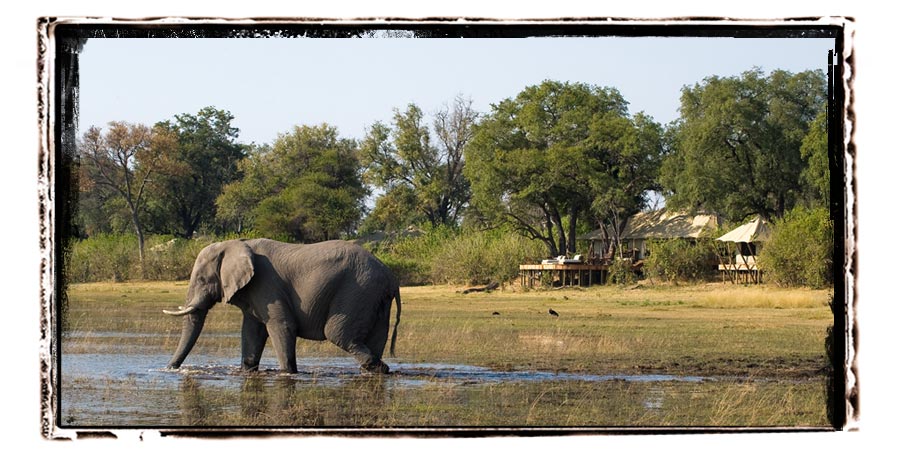 Set in an immense private reserve, known for its intimate wildlife experiences this luxury camp is a perfect hideaway. Dramatic landscapes coupled with prime location on the Zibadianja lagoon and shared between just four suites make for a very private and intimate experience of Africa. The high levels of service and accommodation are the culmination of years of safari experience. The camp operates on an environmentally friendly basis and yet manages to also achieve luxury standards. For example each tent has a professional camera and lenses for each guest’s complementary use making it a photographers dream. Each of the camp’s four immense tented suites are raised up on wooden decking and shaded by a canopy of African ebony and Red ivory trees, each with uninterrupted views over the surrounding countryside of the Selinda Reserve. The camp embodies authenticity, luxury and simplicity and is as environmentally sensitive as possible.

Zarafa Camp sits on an island in the floodplains of southern shores of the Zibadianja Lagoon, which is the source of the Savute Channel. Positioned in the extreme eastern side of the 320,000 acre Selinda Reserve, its location is in prime wildlife territory and makes for a perfect safari experience. There are few places in northern Botswana as dynamic as the Selinda Reserve, which is centred on the famous Selinda Spillway, which weaves its way east, linking the far reaches of the Okavango Delta in the south with the Linyanti water systems in the east. On safari in Selinda it is possible to see everything from resident prides of lion to huge herds of elephant and packs of the very rare Africa wild dog.

Africa may not be the first place that springs to mind when dreaming up a honeymoon but in actual fact it is one of the best places in the world for one. Africa offers a huge variety of destinations and experiences and is the best place for a “once in a lifetime” holiday. It is also a great place for offering a combination of experiences which can suit couples with different interests. And above all it is deeply romantic – why else would William propose to Kate in the foothills of Mount Kenya?

If you are looking for a combination of adventure and relaxation then a romantic safari staying in tented camps combined with a beach stay on the Indian Ocean comes highly recommended. What could be better that sitting out under the stars watching the embers of the fire glowing and reminiscing about the wildlife seen on the game drive earlier that day? Safari lodges and camps hark back to an earlier time and their very history is romantic in nature.

Then heading off for some well deserved relaxation you find yourselves on the edge of the Indian Ocean. Lying under palms trees, wading through the turquoise warm waters and exploring the long white sandy beaches before heading to a beachside restaurant for a lunch of locally caught fish – what could be better? The hotels and resorts on the Indian Ocean coasts of Kenya, Tanzania and the island of Zanzibar take some beating when it comes to romance and relaxation. There are some fantastic small, boutique hotels with only a handful of rooms which epitomise a romantic beach hotel. Zanzibar in particular offers some wonderful places to stay. There are some very historic hotels in Stone Town offering wonderful views of passing sailing boats with rooftop restaurants to watch the sun setting over the sea. The hotels in this part of the world range from barefoot luxury beach resorts to tiny, intimate places to stay, all on fabulous beaches.

If you and your other half fancy a bit of culture or sport then I would heartily recommend South Africa as a fantastic honeymoon destination. Sporting activities range from world beating golf courses to diving with sharks and everything in between. If cultural activities are more your thing then the bright lights of Cape Town beckon. If food and drink are more your thing then a tour of the beautiful South African winelands is a must. How about lunch on the lawn of a pretty Dutch colonial farmhouse followed by an afternoon of wine tasting before heading back to your hotel? Then if you wish to add on a great beach extension you can head to the white sandy beaches of Mozambique or Mauritius for some diving or even just some good old R&R.