The Samburu National Reserve lies about 350 km north of Nairobi. It is much hotter and more arid than in many of the game-viewing areas of Kenya and therefore offers a variety of different flora and fauna to the visitor. It is situated on the banks of the Ewaso Nyiro or 'Brown' River and covers an area of about 100 square kilometres. On the other side of the river lies the Buffalo Springs Reserve. It consists of various forest and grazing areas and some swamp. The river is wide and slow, a deep muddy brown in colour and a haven for the many crocodiles that live in its waters. It is flanked by giant acacias and fig palms, and in deeper pools hippos hide away.

Amongst the rare wildlife you can see, often called the Samburu Special Five, are Somali Ostrich, Grevy's Zebra, Reticulated Giraffe, Gerenuk and Beisa Oryx. These creatures are so well adapted to the harsh environment that many can go long periods without water, surviving only on the moisture gained through the food they eat. As well as these unique species, there are also elephant, lion, cheetah, leopard and buffalo. Unfortunately, due to heavy poaching in the past, rhinos no longer exist here. (**However you can now see black rhino at the nearby Sera Conservancy - a new community conservancy in association with the Northern Rangeland Trust and the Saruni Lodge group. Saruni offer stays at Saruni Sera in combination with Saruni Samburu. See info below!**)There are also over 350 species of bird present in Samburu, including kingfishers, sunbirds and bee-eaters.

The parks are situated within the ancient tribal lands of the local Samburu people, a colourful culture who have close links to the Maasai peoples of South Kenya. The Samburu people are semi-nomadic pastoralists who herd cattle and because of the local terrain, also goats and camels. Because of its location, off the usual visitor circuit and located on the edge of the arid northern areas, the actual Samburu park is less visited and less developed than the other parks.

There are a number of wonderful camps/lodges in this area - our favourite within the park itself is Elephant Watch Camp run by Saba Douglas-Hamilton. Her father, Dr Iain Douglas-Hamilton founded charity Save the Elephants who we work with closely via our charitable trust and Explorers against Extinction campaign. The Samburu guides are trained to recognise all the elephants on the reserve and you can visit the Save the Elephants research centre during your stay, something we found to be hugely interesting. The camp has a lovely location on the river bank and fabulous food. Although more expensive than others in the reserve, the level of knowledge about the elephants in particular and the way they conduct their game drives and activities did stand out from many of the other options - if you are an elephant lover then it is well worth considering a stay here. Keep an eye out for their Stay 4 Pay 3 special offer in May, June and October.

Late May/early June is our favourite time to be in Samburu. If Saruni or Elephant Watch are out of budget then alternatives in this area would be Samburu Game Lodge (just down the river bank from Elephant Watch) or Larsen's Tented Camp.

Just beyond the reserve is the private Kalama Conservancy and the spectacular Saruni Samburu. The stylish lodge is only a half hour game drive to the Ewaso Nyiro River and being in a private conservancy means you get the benefit of being able to enjoy bush dinners and night game drives as well as all the main reserve has to offer. There is wildlife in the Kalama Conservancy too - it tends to get better and better as the dry season marches on and animals come to refresh themselves at the Saruni waterhole. In May after the rains most wildlife is centred around the Ewaso Nyiro river in the park itself. Saruni's wonderful Samburu guides take you to spend a day in the main reserve, where the bulk of the wildlife is found, setting you up with a lovely picnic breakfast to have down at the river. This is a great option, giving you lots of time to explore the area before returning to relax in luxury at the lodge which enjoys jaw dropping views - simply staggering. The Samburu bush dinner under the stars is absolutely superb too - a real highlight.

Saruni opened Saruni Rhino in February 2017, slightly further north in the Sera Conservancy (a game drive from Saruni Samburu). Saruni Sera has opened in partnership with the Northern Rangelands Trust and guests are able to track endangered black rhino on foot as well as visiting Fifty Wells, a spectacular site where hundreds of thousands of birds (sand grouse) congregate every day. The newly opened Reteti Elephant Sanctuary is also in this region in the Namunyak Conservancy and can be visited from Saruni. Saruni offer a range of exciting safari options including 4 and 5 night packages incorporating Saruni Samburu with Saruni Rhino and all the fabulous activities above. You can extend your trip further with a stay at Saruni Mara or Saruni Wild too - we have also visited these properties and can give you advice on how best to combine them into a circuit

Namunyak offers a gateway to the Mathews mountain range and the Samburu Singing Wells - the fabulous Sarara Camp is here. You can find out more in the Lodge Library.

As you can see, you could easily spend a couple of weeks exploring this fascinating area - there is so much to offer.

Mid May into July, as the rains subside, is the best time to visit Samburu with the flowers in bloom and elephants galore. The other optimum time is December-January. During the other months it can get hot and increasingly dusty although visitors will be rewarded with an ever increasing density of wildlife. Most camps stay open year-round apart from at the height of the rains during April. 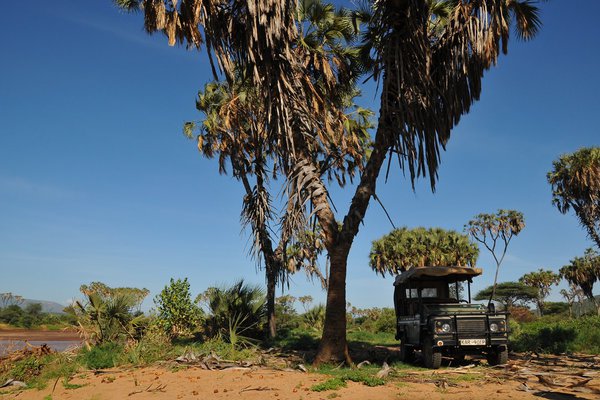 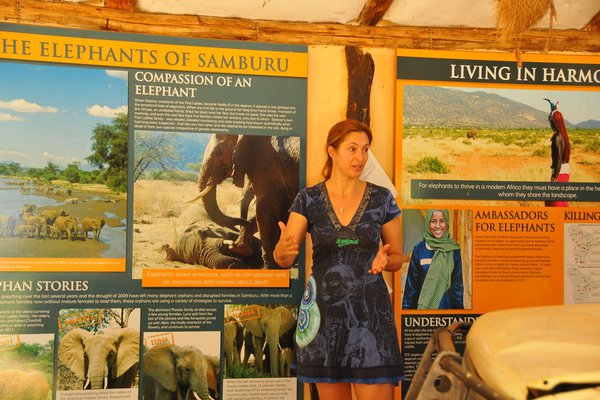 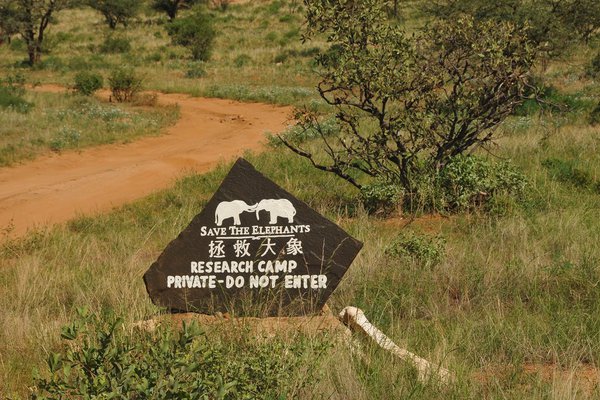 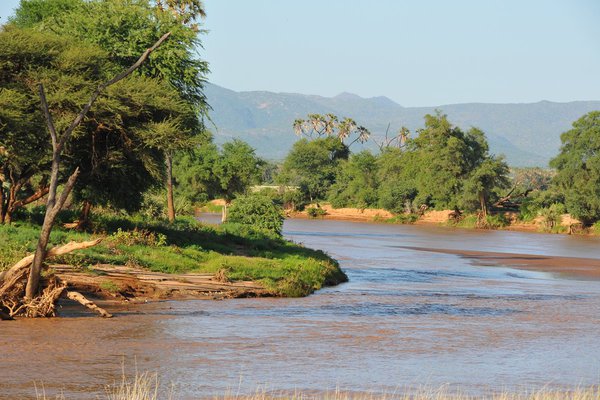 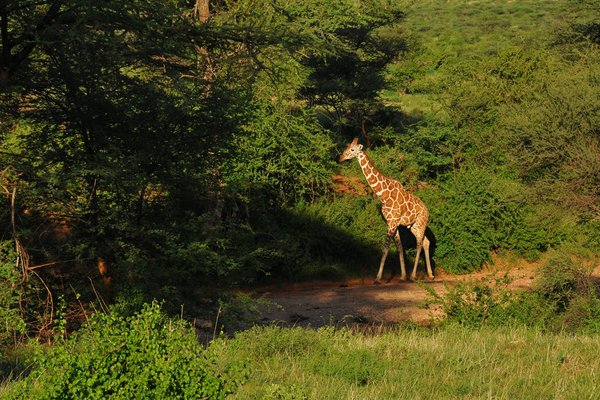 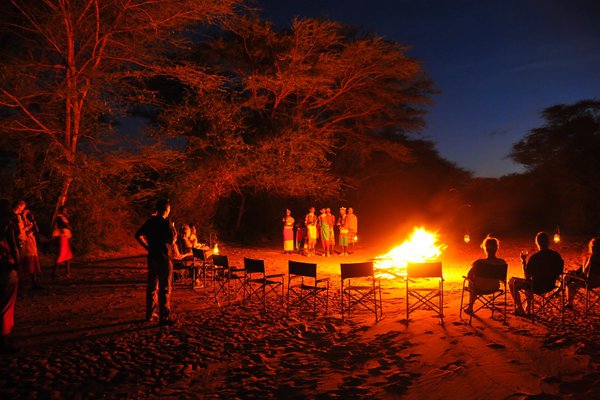