Tarangire National Park covers an area of just over 2,500 square kilometres and is located about 120 km to the south-west of Arusha. It is perhaps best known for large numbers of buffalo and elephant. Sweeping grasslands and floodplains, together with large tracks of acacia forest offer varied game-viewing, all with the shimmering backdrop of distant mountains. The game-viewing may not be as straight forward as in other of Tanzania's National Parks, but it is as exciting and offers a really unspoilt feel. It hosts only about 20% of the numbers who visit the Serengeti so is much less busy. The focus of the park is the beautiful river valley which runs through it and which is the obvious focus for the animals.

Containing the greatest concentration of wildlife outside the Serengeti, herds of up to 300 elephant can be seen inside the park. Herds of over 1,000 buffalo are also seen, occasionally rising to 3,000 -4,000 making up one of the largest herds in Africa. During the dry season, when the game comes together around the few remaining lagoons and small flow of the Tarangire River, it is possible to see a wide variety of animals standing almost next to one another. During the wet season the animals spread out over the plains, enjoying the lush grasslands and building up their reserves. Not only does the park contain all the main predators although few cheetah because of the broken terrain) and grazers, it is also home to over 500 species of bird. These tend to be focused on the Silal Swamps, a lush and wet area that attracts many animals in the summer and giant pythons throughout the year.

Another feature of the park are the ancient Baobab tress, some believed to be over 3,000 years old and with a circumference of over 10 metres. Many are marked by elephant who like to use then to sharpen their tusks on and to chew on the wood during the dry season to extract moisture. The most famous is called Poachers Baobab, an old tree with a hollow interior that is said to be a refuge for poachers when they used to visit the area. 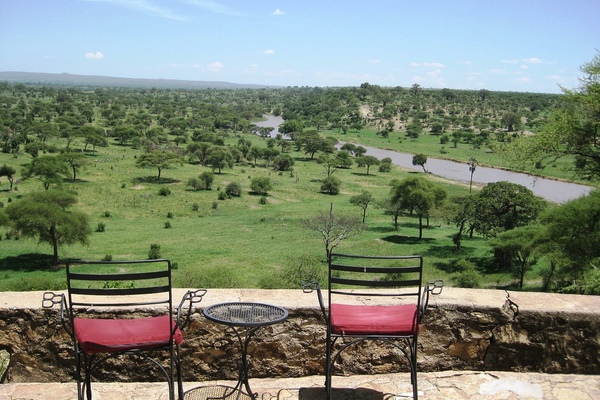