As the world's largest inland delta the Okavango offers a unique wildlife spectacle. Rain falling in the mountains of Angola reach the Delta in May, morphing the landscape. Swamps, plains and forests laced by papyrus edged channels are home to 122 species of mammals, 71 species of fish, 444 species of birds, 64 species of reptiles and 1300 species of flowering plant. Camps in large unfenced private concessions offer high standards, low visitor numbers and a variety of activities. Land-based safaris are focused on seeing the big predators like lion, wild dog, leopard and cheetah, while water based safaris reveal magnificent bird life and the shyer inhabitants.

The Delta covers an area of approximately 6,000 square kilometres. It is a vast network of lagoons, channels and marshland created when the Okavango River's original passage to the Indian Ocean was blocked by geological movements thousands of years ago. It is estimated that over 2,000,000 tonnes of silt per annum are washed down into it, causing the bed of the river to constantly change as it searches for a new path. It is this change that over time have created such a huge wetland. It is estimated that less than 5% of the water that enters the delta flows out the other side, only to evaporate in the arid wastes of the Kalahari Desert.

A visit to the Delta is a must for those who wish to enjoy a true Botswana safari. The Delta offers a unique landscape, best enjoyed by the traditional form of transport, the mokoro, a hollowed-out tree canoe that is poled along the shallow channels and lagoons. This area is also excellent for walking safaris with an experienced guide. The nature of the terrain ensures complete privacy and exclusivity, nearly all of the camps and lodges requiring air transfers to reach them.

The Delta's swamps are dominated by two plants; the papyrus and the phoenix palm. Hippos wallow in the cool waters and crocodiles feast on the fish and any grazing animals they can catch drinking from the maze of waterways. The forest and grasslands that surround the swamps are home to a diverse range of grazing animals enjoying the lush grazing provided by the natural irrigation. This in turn attracts the large cats; lion, leopard, cheetah, wild dogs and hyena all live here on the more open savannah, as do elephant and giraffe. 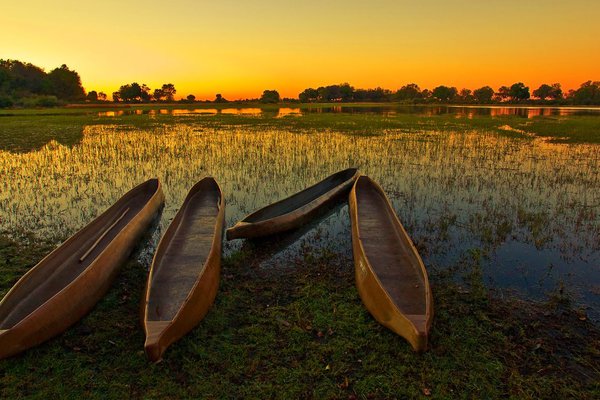 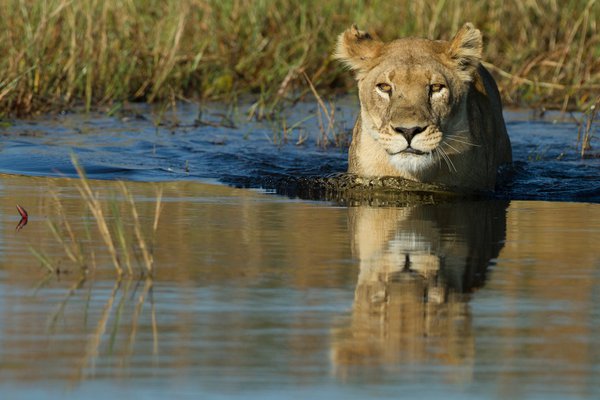 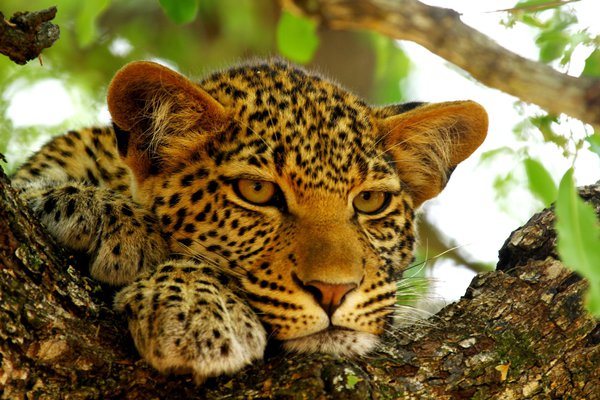 A short safari visiting the Moremi Game Reserve and the Okavango Delta.

Pure safari magic with six nights at Wilderness Camps in the Okavango.