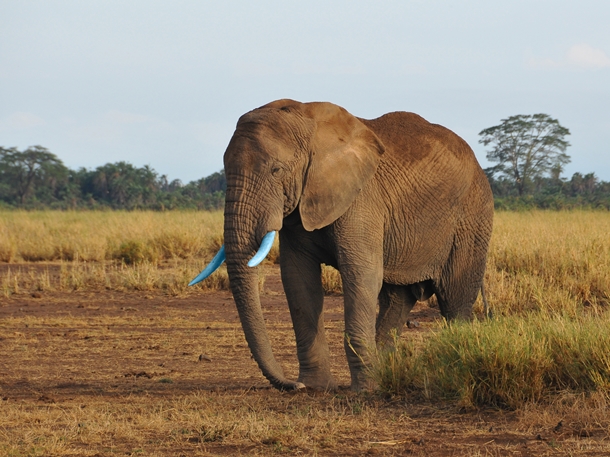 A leading body in the fight against the ivory trade has started a controversial pilot project in its efforts to stop the slaughter of African elephant.  The Lusaka Agreement Task Force (LATF), a cross-border agency supported by ten African countries, aims to make all living ivory worthless.

“We’ve tried protecting elephants, we’ve tried using the latest surveillance techniques and we’ve tried educating the destination markets,” explained Dr. Sammy Utani, of the LATF, speaking at a press conference at the Serena hotel in central Nairobi last week. “There is just too much land to patrol and watch. There isn’t enough time to change attitudes in Asia before the elephant is gone. The only solution left is to make the ivory worthless and remove the financial gain in smuggling.”

How they have decided to do this has caused great controversy since the announcement of the project that is being funded by the Canadian Government. “We cannot remove all tusks from living elephants. They need them in their everyday life to help find  food and for protection. The only option is to dye them.”

A special dye has been developed by LATF that achieves the aims of the project. “Firstly it stains the ivory, soaking in up to a centimetre from the surface. This makes it useless for the manufacture of trinkets and jewellery. If the ivory is ground up for the use in Chinese medicine, it gives off a strong, bitter taste and has an extreme laxative affect.” Dr. Utani explained.

The dye is also indelible and rubs off easily when the treated ivory is cut. This means any poacher who handles it will have stains on his skin that cannot be removed. It will give the enforcement agencies the opportunity to regularly check known poachers, who its believed are responsible for over 60% of all elephant deaths.

There has been fierce opposition to the project in the important tourism sector, many local safari agencies signing a petition, worried that tourists will be put off coming if all elephants have blue tusks. The LATF response has been strong and clear. “Better to see elephants with blue tusks than no elephants at all.” 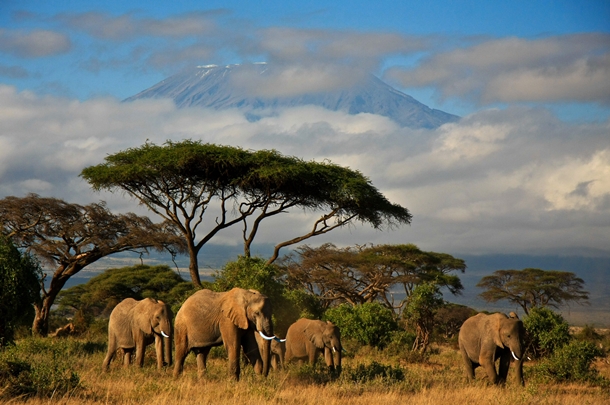 The first herds have been successfully treated by a specially trained force in Amboseli National Park. The animals were sedated and the dye applied with a spray-on device. By the time the elephant woke, the dye had already dried. Dr. Utani concluded, “We believe that in 10 years seeing blue tusks will be completely normal and hardly commented upon. It’s a small price to pay if it saves the elephant from extinction.”

For full details on the project, and details of various anti-poaching initiatives, please click here.