We are often asked which game reserves in Africa are malaria free. In South Africa there are several fantastic options where you can enjoy the thrill of seeing the Big Five on safari without having to take malaria tablets – this is preferable to many people but especially those travelling with children or to pregnant women.

There are several options, each with their own pros and cons. Here we offer an overview. To discuss the options in detail or to receive a tailor-made quote incorporating one of the following within a longer itinerary then please do call our safari consultants on 01603 283 517.

Madikwe is best visited as part of a tailor-made fly-in safari, positioned in the far reaches of the North West province, nestled next to Botswana around 4-5 hours drive north of Johannesburg. This remote wilderness comprises classic bushveld – some 75,000 hectares of it and in our opinion is the best malaria free game reserve to see the Big Five amidst true African wilderness.March to November is the ideal time to safari here as the other months can get very hot . Madikwe has around 15-20 safari camps and lodges varying in style and luxury. We love Jaci’s Lodge (pictured) while Makayane is great for honeymooners or couples after a romantic bolthole. Tuningi is another great option as is the more simple Thakadu River Lodge , offering an all-round excellent experience and good value too. Madikwe not only has all the Big Five (Leopard, Lion, Buffalo, Elephant, Rhino) but is known for its healthy wild dog population. Black and white rhino can be seen, and more than 350 species of migrant birds. The negative? Probably only the remote nature of the reserve – you really need to fly-in. A Madikwe safari combines wonderfully with a stay in the Cape. 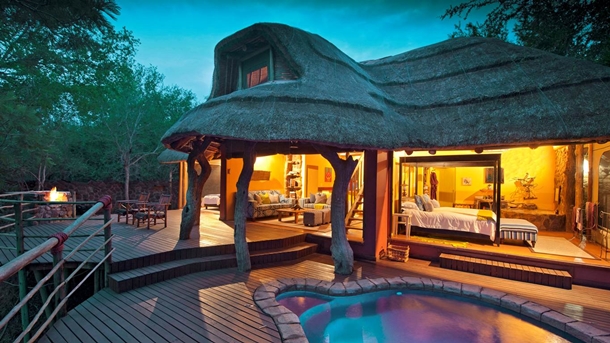 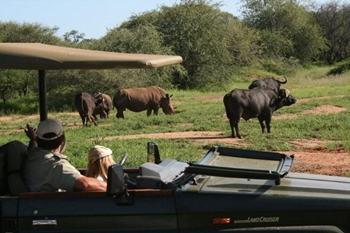 Also in the North West province and slightly smaller than Madikwe at around 55,000 hectares is Pilanesberg,  popular because it is so accessible – just a 2 1/2 to 3 hour drive from Johannesburg and easy to combine with a stay at Sun City. The landscape is diverse marking the transitional area between the dry Kalahari and the lush lowveld. All the Big Five can be seen here. In this area we favour  the private reserve of Tshuduku. Pilanesberg represents a great conservation success story – this ancient volcanic crater was given over to farmland and rehabilitated in the 1970s. 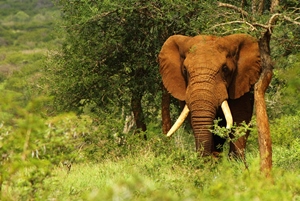 A spectacular mountain range in Limpopo province offering stunning scenery including rivers and waterfalls, a richly forested plateau and craggy outcrops. Home to several luxurious lodges this is a great place to visit, but the wildlife viewing is not as consistent as elsewhere and therefore probably not somewhere we would recommend on its own  but rather within a longer itinerary exploring the region. It just depends on your priorities. Like Pilanesberg you can drive from Johannesburg within around 3 hours making it very accessible. The rugged landscape adorned with ancient rock art (within the Waterberg Biosphere Reserve) is of archaeological significance and an undeniable draw. There certainly is big game here but how long have you got? We think people visit the Waterberg for the whole package rather than specifically for big game – it combines wonderfully with a stay at a classic safari lodge in the Kruger for example – try combining Honeyguide Mantobeni in the private Manyeleti Game Reserve with Honeyguide’s newest lodge, Rangers, in Entabeni Private Conservancy within the 22,000 hectare World Heritage Waterberg Biosphere Reserve for instance. Remember you will need malaria protection for Kruger. 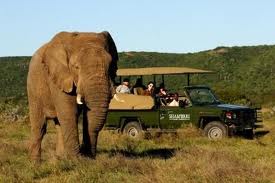 The superb standard of game reserves in the Eastern Cape is a major attraction for those visiting Africa for the first time and wishing to combine the delights of Cape Town and the Garden Route with a safari. The reserves are easy to reach, have a great variety of accommodation to suit all budgets and styles and you can see the Big Five. There are conservation projects to visit and specially tailored children’s activities are offered at many of the private reserves. However it is important to appreciate that visiting a game reserve in the Eastern Cape is a very different prospect to staying in the wilds of the Greater Kruger  – these are fenced reserves – historically farmland which has been carefully managed and stocked with a great variety of wildlife. The reserves offer a fabulous safari experience giving you the chance to see conservation first-hand,  and you would be unlucky to come across a fence – the reserves are vast with Shamwari encompassing some 25,000 hectares – but the fences are there and as such the reserves cannot achieve the same sensation of  truly ‘wild’ Africa that you would get in places like Kruger. We think the Eastern Cape reserves are fantastic and would recommend them wholeheartedly to safari first-timers, say a 2-3 night stay, and also to families. Among our favourites are the Big Five reserves of  Addo, Pumba, Shamwari and Amakhala.