Olochura School is situated on the eastern boundary of the Masai Mara reserve, some 6 kilometres north of the Park headquarters at the Sekenani Gate. It sits in a large clearing in the surrounding bush, the grass grazed low by herds of cattle and flocks of sheep and goats.

The existing buildings are spread out across the site. There is a small school office, breeze block built with a corrugated iron roof and partitioned into two small areas. Further down the slope stands the staff accommodation, a series of small, sheet-metal huts. The two classrooms are housed in a building at the centre, beside a large water tank in which water from the roof is gathered for use by the school and local community. Nearby is a small wooden shack in which meals for the children are prepared. Below these is a small football pitch and beside this a large tree, the shade of which creates an additional teaching space. 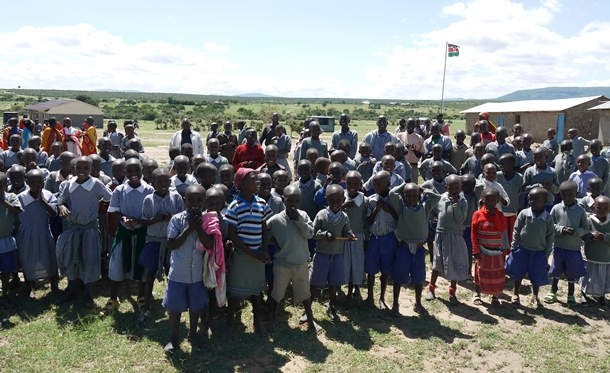 In total the school has just under 250 pupils, their ages ranging from six to fourteen. They come from a large catchment. There are four traditional Masai villages in the area, with some pupils walking up to two hours to reach the school. Ololchura village is adjacent to the school, a sprawling collection of traditional huts, most attached to a boma (a wooden enclosure) in which their animals are kept at night to protect them from wild animals. Lions were in the village only a few days before we visited.

A few hundred yards to the south west of the school and village lies the Talek river which forms the eastern boundary of the Mara reserve. In the dry season it’s a muddy stream running along a wide bed, but during the rains it is transformed into a fast flowing torrent. This is where the villagers get water for themselves and their animals, other than from the collection tanks at the school. The river is inhabited by crocodiles and hippos, meaning that when the women and children go they have to go in groups for their safety.

The school has a total of eight teachers. Three of these have their salaries paid by the parents as there is not enough Government funding to cover all the positions required. The Head teacher is Tamoo Sankale, a charismatic man born and brought up near Narok, the nearest large town some 50 km to the north and the place his successful protégés will be sent if they qualify for secondary education. He is a man with a plan, a vision to develop the school so all local children have the opportunity to learn, including girls who are still a minority amongst the pupils.

After two years of fund raising, the Real Africa Trust is starting work on an additional classroom for the school, the project that Tamoo and both the School governors and the Parents committee decided was the most pressing. We will keep you updated with the work as it happens over the summer, as well as our plans for phase two of the development of the school and local community after our recent meetings at the school. 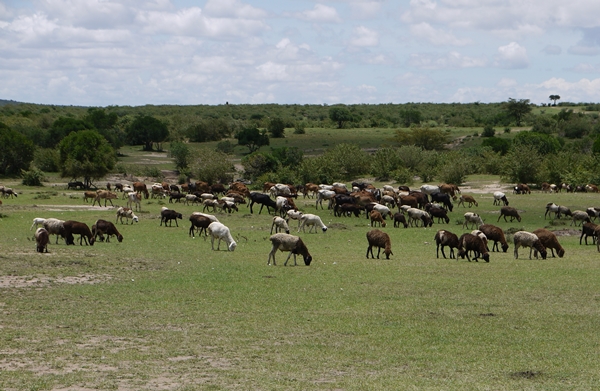 Keeping the Grass down on the playing field, Ololchura School