Bumi Hills overlooks Lake Kariba. Somalisa is a tented camp in the heart of Hwange, while Thorntree River Lodge sits on the banks of the Zambezi (on the Zambia side of the river) 20 minutes upstream from Victoria Falls.

**Special Offer **
Book a safari to Zimbabwe, including Hwange National Park before Christmas 2019 and we will include a tour of the Painted Dog Conservation centre and rehabilitation facility for you, with our compliments (subject to availability). This is a really interesting behind-the-scenes visit for people looking to find out more about conservation of an iconic species in Zimbabwe: the African Wild Dog.

Through charitable Trust Explorers against Extinction we support a number of wildlife conservation initiatives. In Zimbabwe in 2019 Explorers against Extinction is working with Painted Dog Conservation to help their anti-poaching teams clear snares from the Hwange Buffer Zone and Hwange National Park. You can find out more about all the projects supported at explorersagainstextinction.co.uk On behalf of every client travelling, Real Africa makes a donation to the Trust. Our aim is to raise awareness about the plight of endangered species and to promote sustainable, socially responsible travel which benefits the wildlife and communities you choose to visit. African Bush Camps runs its own charitable Foundation which you contribute to when booking a stay with them. Water and energy are precious resources that are too often in short supply in arid Africa. The Foundation seeks to assist in putting the best environmental methods into practice in each African Bush Camps safari camp, from solar-powered waterholes to basic energy conservation programmes. Outside the camps, they work with the surrounding communities to implement human-wildlife conflict mitigation techniques and work with both elders and children to learn and understand innovative ways to conserve resources whilst implementing sustainable land-use practices. 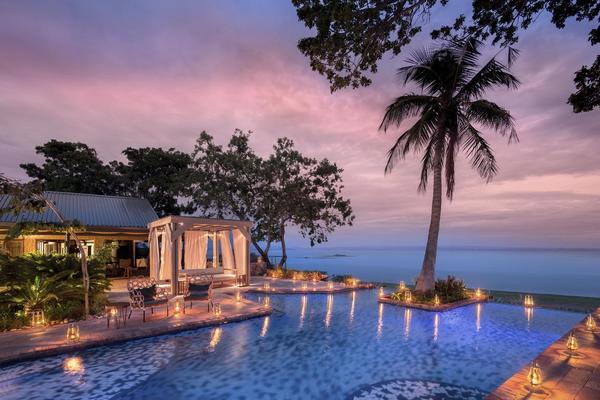 Matusadona National Park
On arrival at Victoria Falls Airport you will transfer to your next flight to Bumi Hills Airstrip for your stay at Bumi Hills Safari Camp in Matusadona National Park. On arrival you will be met and transferred to your safari camp. You will spend the next few days enjoying twice daily game drives with your expert guides. Matusadona National Park is situated on the shores of Lake Kariba and comprises some 1,400 square kilometres of diverse flora and fauna. Before the lake was built, Matusadona was a vast, rugged wilderness with limited access. With the lake came ecological changes. One in particular, the lakeshore contributed greatly to the increase of large mammal populations in the area, especially elephant and buffalo. The grass found on the shoreline is a ready food source for buffalo, waterbuck, zebra, and even impala. And with them come the predators. Matusadona is an Intensive Protection Zone (IPZ) and home to several relocated rhinoceros.
Bumi Hills Safari Lodge
Matusadona National Park 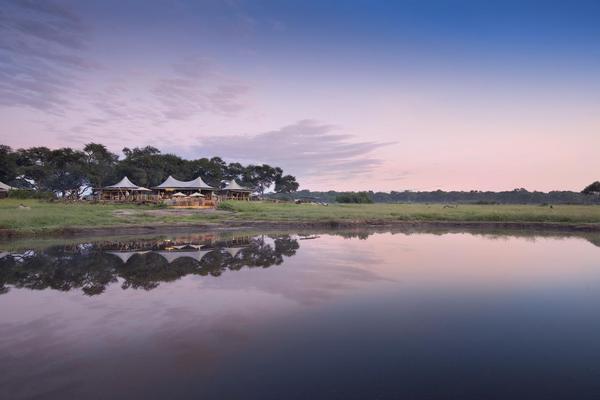 Hwange National Park
This morning you will fly to Hwange National Park where you will be met and transferred to Somalisa Camp. Activities over the next few days include guided bush walks accompanied by qualified and professional guides as well as game drives, spot lighting and game viewing from hides. Guests can expect to see elephant, kudu and sable antelope, zebra, wildebeest, gemsbok, the rare and endangered roan antelope, buffalo, giraffe, white rhino, lion, leopard, hyena, and other wildlife species. Hwange National Park: A haven for over 100 mammals and 400 bird species, the park protects populations of all of Zimbabwe’s endangered species, elephants numbering in excess of 20,000 (up from around 4,000 when the park was proclaimed), and what is thought to be one of the largest populations of African wild dog left in the world. Large prides of lion and buffalo are frequently seen here and you have a good chance of spotting leopard and rhino in addition to cheetah and spotted hyena. The wild and woolly brown hyena also occurs here and is something of a rarity.
Somalisa Camp
Hwange National Park

Victoria Falls
On arrival at Victoria Falls International Airport you will be met and they will transfer you to the Zimbabwe/Zambia border then onto Thorntree River Lodge. Most visitors come to see the falls, a UNESCO World Heritage site and the world’s largest curtain of falling water. There are a host of clearly marked and well-kept paths that wind through towering forests, and from the Zambian side of the falls, visitors can cross Knife-edge Bridge for spectacular views of the main falls. Outdoor adventurists can make the steep descent into the Boiling Pot and watch white-water rafters board for a wild ride on the Zambezi River. While the waterfalls are certainly a highlight of the national park, there’s also an entire section dedicated to wildlife-spotting. Depending on the time of year, it’s possible to spot zebras, giraffes, antelope, warthogs, many species of birds and rare rhinos. The national park also serves as an important point for elephants to cross the Zambezi River, so they’re often sighted as well.
Thorntree River Lodge
Victoria Falls
View All Plan My Journey

Not Included: International flights, travel insurance, meals not specified, gratuities, any items of a personal nature, entrance fee to the falls US$20.00 per person per visit (included on the private tour), a visa for Zimbabwe and Zambia.

We are ATOL bonded and can easily arrange international flights for you as required. Please contact us so we can provide an accurate tailor-made costing based on your travel dates, availability, cabin/route/airline preferences and special offers.