This fantastic three centre safari holiday combines two of the best game viewing areas in Southern Africa; Chobe National Park in Botswana and Hwange National Park in Zimbabwe with a stay at the iconic Victoria Falls.

The Chobe National Park, which is the second largest national park in Botswana and covers 10,566 square km, has one of the greatest concentrations of game found on the African continent. A major feature of Chobe National Park is the elephant population currently estimated at around 120,000. The Chobe elephant are migratory, making seasonal movements of up to 200 km from the Chobe and Linyanti rivers, where they concentrate in the dry season, to the pans in the southeast of the park, to which they disperse in the rains. At Muchenje game drives are the key activity; a true safari experience in an open 4x4 with professional guides, available early morning and afternoon, or all day. Game viewing can also be by boat on the Chobe River, on foot during bush walks, or by night on spot lit drives after dinner.

Well known and much loved, The Hide Safari Camp is situated within Hwange National Park, Zimbabwe's largest game reserve, known for its abundant and diverse wildlife, in particular large herds of elephant, buffalo, giraffe and lion. The Hide prides itself on having a family of experienced, knowledgeable and enthusiastic guides. There is no limit on the number of activities on offer, walks with one of the professional guides, day and night drives, ‘hide’ sits and much more. Adventurous guests enjoy spending a night sleeping out in the romantic Dove’s Nest. Private and peaceful with emphasis on great game and bird viewing in an Iconic Park! The Hide has been voted the “Best Tented Safari Camp” in Zimbabwe on thirteen occasions.

Victoria Falls really doesn't need much of an introduction being one of the famous Seven Wonders of the World. There is plenty to do in the area with not only tours of the Falls themselves, but cruises or rafting on the Zambezi river, helicopter trips, safari activities and also great restaurants, bars and shops.

On behalf of every client travelling we make a donation to the Real World Trust. In Zimbabwe, the Trust has funded a puppy, named Vaala who has been trained and deployed by Animals saving Animals to the Save Valley where one of just eight viable Black Rhino breeding populations remain. Vaala has joined the highly effective anti-poaching unit. Through our Explorers against Extinction campaign we have also funded a new dog squad for Rhino Conservation Botswana and a new tracking Spaniel for Ol Pejeta in Kenya. Guests staying at the Hide pay a mandatory conservation levy which goes towards supporting the work of the CWF in Hwange. In 2016 conservationists set up the non-profit trust CWF (Conservation & Wildlife Fund) and since then a mandatory conservation levy has been charged when staying at the lodges and camps owned by the founding members of CWF including The Hide. The increased availability of funding is going to allow them to make bigger leaps in anti-poaching efforts, lion conservation, elephant collaring projects and others as stipulated in the below-detailed report of CWF achievements to date and its vision & mission. Guests visiting the area play a vital role in species preservation and their contribution to its conservation through the levy is vital. The fight and the victory for the success of Zimbabwe's wildlife and its future is one that cannot be fought alone. 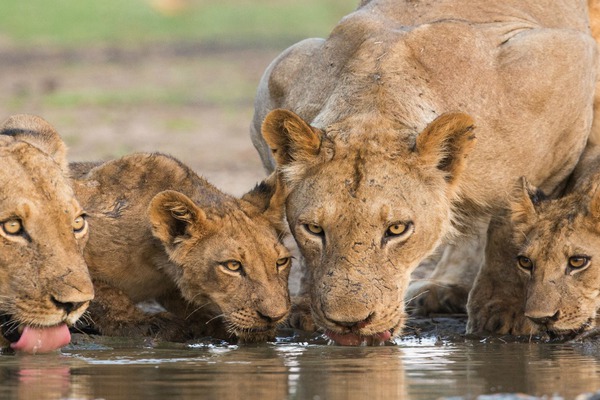 Chobe National Park
On arrival at Kasane you will be met and transferred to your safari lodge in the Forest Reserve bordering Chobe National Park. You will spend the next few days enjoying the fabulous scenery and wildlife especially the numerous lions and elephants that make this area their home. You will enjoy twice daily 4x4 game drives as well as other safari activities on both land and on the Chobe River. You can also enjoy night drives with spotlights.
Muchenje Safari Lodge
Chobe National Park

Victoria Falls
This morning after breakfast you will be transferred to Victoria Falls arriving in time for lunch. You have three days to explore the area and there are plenty of optional excursions available such as a sunset cruise on the Zambezi, a helicopter flight over the Falls or a private guided tour of the Falls.
Victoria Falls Hotel
Victoria Falls 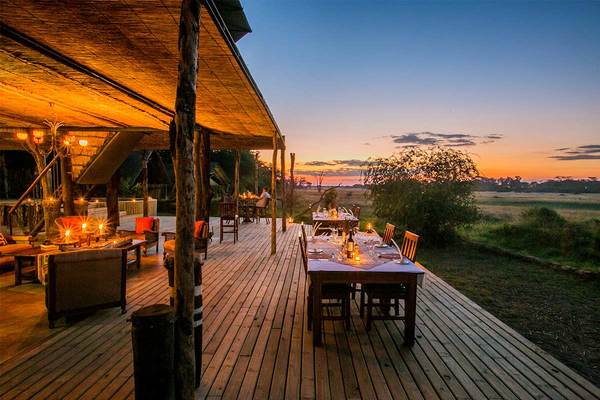 We are ATOL bonded and can easily arrange international flights for you as required. Please contact us so we can provide an accurate tailor-made costing based on your travel dates, availability, cabin/route/airline preferences and special offers.

You may also be interested in the upgraded itinerary Chobe, Victoria Falls and Hwange in Style as an alternative option or the shorter 7 day Chobe and Victoria Falls safari itinerary.