The Ndutu Region forms part of the northern section of Ngorongoro Conservation Area and stretches to the unfenced southern reaches of the Serengeti National Park, a meeting point between these two incredible wilderness areas. This section of the park is made up of acacia woodlands and rolling grasslands, peppered with alkaline lakes that attract flocks of flamingos.
There’s year-round resident wildlife (such as giraffe, elephant, hyena and various antelope species) in the Ndutu Region, and you can spot animals around the waterholes during the dry season from June to November. Look out for the six cat species – lion, cheetah, leopard, serval, African wild cat and caracal – that are present throughout the year.

The best months to visit the Ndutu Region are from December, when the Great Migration herds start to arrive from the north, until April when the millions of wildebeest, zebra and gazelle have trekked northwards again. In the early months of the year – with a peak in February – the wildebeest herds are calving on the verdant grassy plains: thousands upon thousands of baby animals are born every day, attracting the attention of cheetah, lion and hyena.

The Real World Conservation Trust (formerly Real Africa Trust) works with leading conservation organisations to raise awareness as well as raising funds for specific projects. Previous partners include Save the Elephants, Save the Rhino, The Sheldrick Trust, Rhino Conservation Botswana, Animals saving Animals, Flora and Fauna International and African Parks. You can find out more on our Conservation pages and specifically our current campaigns on our Explorers Against Extinction website (http://www.explorersagainstextinction.co.uk/). On behalf of every client travelling, Real Africa makes a donation to the Trust. Our aim is to raise awareness about the plight of endangered species and to promote sustainable, socially responsible travel which benefits the wildlife and communities you choose to visit. 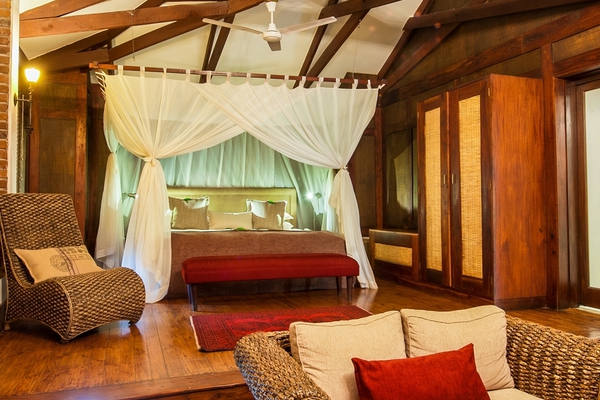 Arusha
On arrival at Kilimanjaro International Airport collect your luggage and clear customs. Your driver/guide will meet you in the Public Arrivals Hall and will transfer you to Arusha Coffee Lodge. Following check-in, the rest of the day is at leisure.
Arusha Coffee Lodge 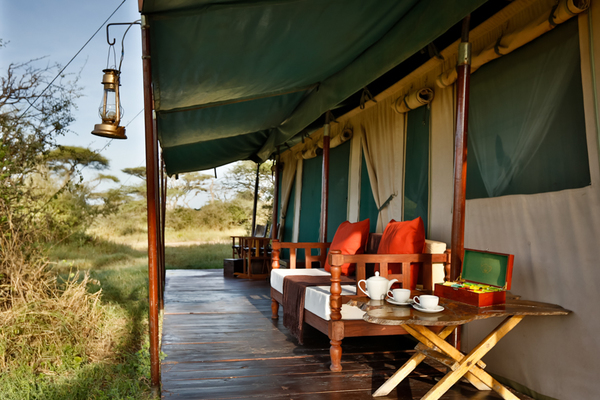 Southern Serengeti
After breakfast check-out. You will be met by our representative at a time prearranged, nd you will be transferred to Arusha Airport, arriving in time for your flight to Ndutu. On arrival at Ndutu Airstrip, you will be met by a representative from Lemala Ndutu Camp and transferred to camp, arriving in time for lunch. After lunch, enjoy a short rest before departing on your afternoon/evening game drive. You will return to camp in time to freshen-up before dinner. A major advantage of the area is the ability to do off-road game viewing. Lemala’s open 4×4 vehicles are specially designed with charging units and a large refrigerator so that guests are able to enjoy full day game drives. The camp also offers optional walks along the marsh with an armed ranger for closer encounters with the wildlife. Perched on the edge of a permanent marsh, Lemala Ndutu is the ultimate amphitheatre for the wildebeest migration between December and March. Nine suite tents of a very high specification are relocated from the Northern Serengeti to this stunning Ndutu site to capture the boundless drama that accompanies the migration. The migrating herds of over 1.5 million wildebeest and zebra begin to arrive in December and begin calving in February. This is the period when almost half a million female wildebeest choose to calve, which is generally considered to be one of the greatest of all safari spectacles. The tender wonders of new life are contrasted by the harsh realities of predator versus prey. The whole epic battle really is something to behold.
Lemala Ndutu
The Serengeti

Depart
Following breakfast you will enjoy one final game drive to Ndutu airstrip where you will arrive in time for your flight to Arusha. On arrival at Arusha Airport, collect your luggage. Our representative will meet you in the Public Arrivals Hall and will transfer you to Arusha Coffee Lodge for lunch and use of a day-room. You will then be transferred back to Kilimanjaro International Airport where you will arrive in time to check-in for your onward flight.
Plan My Journey

Not Included: International flights
travel insurance
meals & drinks not specified
safari driver/guide tips (we recommend you tip US$15.00 per person per day and this is given to your guide at the end of your stay).
general staff tips/gratuities
laundry & alcoholic/non alcoholic drinks at Arusha Coffee Lodge
any items of a personal nature i.e. Spa treatments, optional sightseeing tours, hot air balloon safari, etc.
visa & visa fees

International Flights   We are ATOL bonded and can easily arrange international flights for you as required. Please contact us so we can provide an accurate tailor-made costing based on your travel dates, availability, cabin/route/airline preferences and special offers.