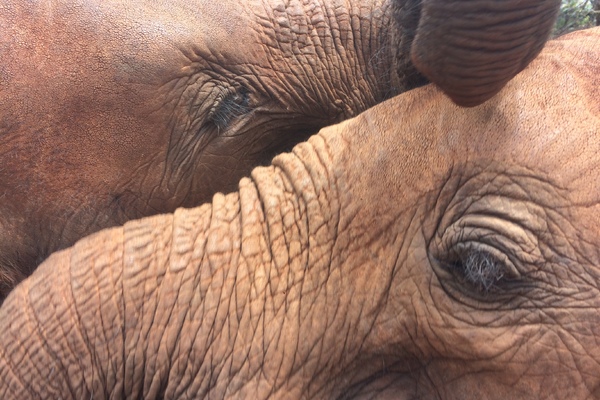 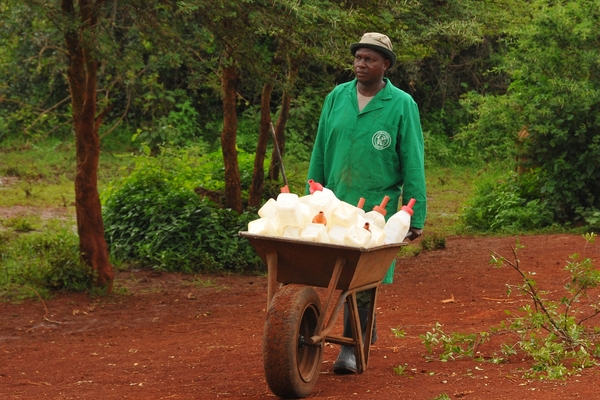 Founded in 1977 the David Sheldrick Wildlife Trust plays a significant and vital role in the conservation of Kenya's wildlife.The Trust is the world-leader in elephant rescue and rehabilitation.

Real Africa has fostered a number of orphans over the years.  Kithaka, an orphan selected by Sara our Marketing Director, when she visited the Trust in 2013 appealed largely because he was the naughtiest of the young elephants. Kithaka is doing really well - we have watched him grow over the past 7+ years into a fine young bull elephant, following his progress (and antics) from the Nairobi Nursery to Tsavo - some of which you can read about below:

Arruba, a calf we fostered in 2014 has also done well and was moved in December 2015 to join Kithaka in Tsavo. You can read more about Arruba here.

Alamaya was rescued from the Masai Mara in 2015 having been separated from his herd and then attacked and injured by hyenas.  We read about Alamaya's  rescue and we were compelled to foster him too! He seemed so brave in the face of such terrible trauma. Sara heard that Alamaya was due to move from the nursery to Tsavo in May 2016 and was delighted to be able to come face to face with this brave little elephant at the nursery just before he left during her last visit to Kenya.

As well as sponsoring the orphans, Real Africa also encourages its clients to visit the nursery, on the edge of Nairobi National Park, at the end of their safaris so they can witness first-hand the wonderful work of the Trust, and perhaps foster an elephant themselves.

With all three of the above now happily at Tsavo we have decided to foster another three - Jotto, Esampu and Ambo who Sara visited in May 2017 while meeting with the DSWT team in Nairobi to plan Explorers Against Extinction fund-raising.  You can read the news post here.

To celebrate the 40th anniversary of the DSWT in 2017, we wanted to do something really special for them.

We donated £17, 450, which we raised specifically via our Explorers Against Extinction event in October 2017 and Sketch for Survival exhibition. This is enough to fund 11 elephant rescues or to care for two orphaned elephants for a whole year. DSWT will use the funds where they are most needed. Members of the team will be back out in Kenya in March 2018 and look very forward to visiting the Trust and seeing how these funds are being used.

"I wanted to reach out to thank you most sincerely for all your hard work towards making the Explorers Against Extinction event, and the Sketch for Survival auction such a success.  That a figure of £17,450 was raised for The David Sheldrick Wildlife Trust has far exceeded all our expectations and we cannot thank you enough for all your hard work in making it such a success, and for bearing such positive news.

"We are so deeply touched that the work of the DSWT was chosen to be supported, and that the whole event and auction was so generously embraced, resulting in some much needed funds for DSWT. " Angela Sheldrick

Sara subsequently returned to the Nairobi Nursery in April 2018, where she met with CEO Angela Sheldrick and spent time with the elephants as they grazed in Nairobi National Park, "The Trust has 28 orphans at the Nairobi unit, with a total of 97 elephants in their care across all three units. Chatting to Angela it became clear how vital the funds raised by Explorers Against Extinction have been. Some elephants have been victims of poaching, others to the recent terrible floods. All need dedicated care.  I am so glad we have been able to contribute to the conservation effort."

Our new Tshirt design  has been inspired by our visits to the Sheldrick Trust and our involvement with the charity. Tembo is the Swahili word for elephant. When the mothers are poached for their ivory they leave behind a vulnerable orphan - a titchy tembo. All the profits from our Tshirts go to our nominated charities and we hope the money we raise through selling these Tshirts far and wide will help Africa's elephants get through this dark time and help secure their future.

Robert Ferguson, one of our Directors, enjoyed time at the nursery in Nairobi recently. He was allowed to spend time with the orphaned elephants as they grazed in Nairobi National Park.

"Seeing how small the youngest elephants are brought home how vulnerable these creatures are without the protection of their mothers and family. As they played in the bush, chasing and wrestling with each other, it seemed incredible that people would harm them simply to get the ivory. Trying to help stop this happening is something we feel obliged and proud to do, and we look with admiration at the work that the Sheldrick Trust does.

At least these young elephants will get the opportunity to return to the wild and hopefully live long and happy lives with their adopted families. Walking with them was one of the most moving experiences I've ever had the pleasure to experience."